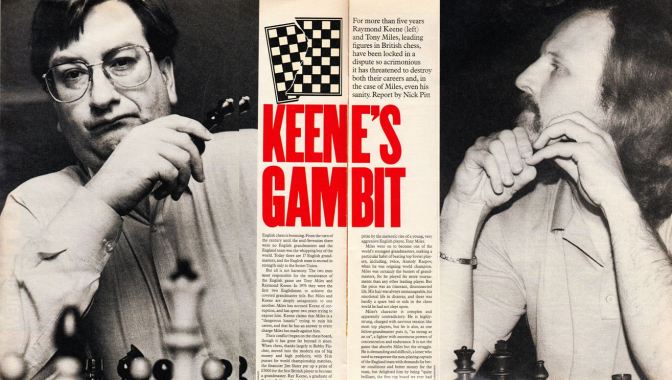 A list of mainstream media reports on Raymond Keene will be posted here with regular updates:

On page 19 of the July 1991 CHESS Nick Pitt summarized the relative dependability of the two protagonists:

Keene: “Keene’s own version of events in Tunis … has changed, and some of his statements on the affair are contradicted by the documentary evidence.”

Miles: “Everything he told me that I have been able to test has proved to be correct.”

A series of reports on Raymond Keene has appeared in Private Eye: 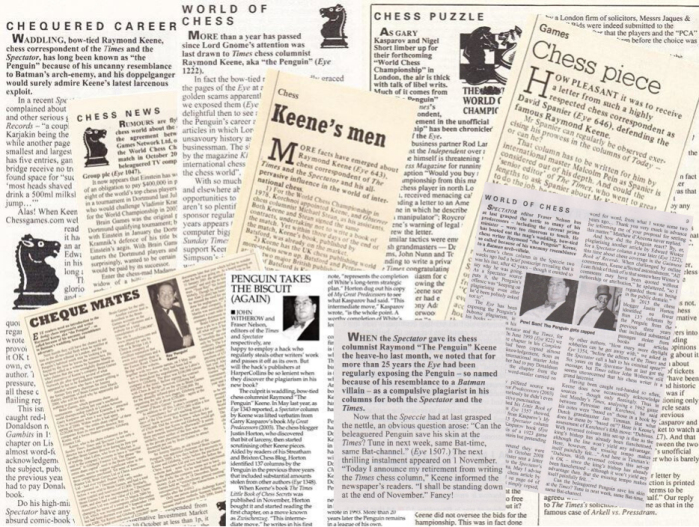 “Who else could have achieved so much publicity for the game in Private Eye?”